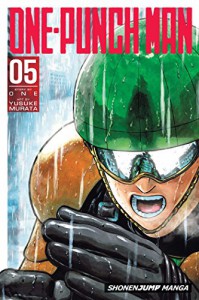 This series has really grown on me, and this was the best installment yet 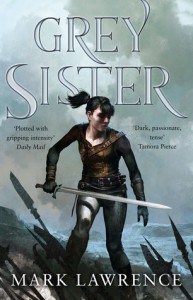 I was really excited to get my hands on Grey Sister, and when I finally had an opportunity to sit down and read it, I had mixed results. Again. I love this story when Nona is not at the Convent of Sweet Mercy. Thankfully, a spiteful novice sends Nona packing about 40% of the way through. Then Nona has to rely on her courage, wits, and abilities to keep herself alive in an exceedingly dangerous world. With the ice ever creeping into the Corridor, the tensions between the people of Abeth are at a fever pitch. Competition over land is fierce and deadly. Nona and the Sisters of Mercy are caught up in a plot to shake up the power base in the Empire, and any wrong move can mean their death.

I don’t want to give away any spoilers, because part of the fun was being manipulated by both Glass and Sherzal. Like the reader, Nona is a helpless pawn in the game being played between the two women, and she is buffeted along a treacherous path that she can’t avoid.

After being accused of crimes punishable by death, Nona must flee the convent, the only home she’s ever truly known. Helplessly, she finds herself going back to where everything began: the village of her birth. As she tries to piece together the puzzle that brought her to Sweet Mercy, she finds herself captured by mortal enemies. Her plight looks dire, and I wondered how she would get out of the mess she was in. Nona’s thirst for vengeance is a double-edged sword. It gets her so much trouble. She’s still a teenager, and she’s managed to earn the animosity of a secretive assassin clan, a powerful noble family, and the inquisitors. People skills will never be her strong suit.

The battle scenes are fun and furious, and unquestionably one of my favorite aspects of this series. Glass’s subtle manipulation of everyone around her was also a treat. She may not be a fighter, but she still manages to earn one victory after another over her opponents. I wish Zole hadn’t gone AWOL for part of the story because she is my second favorite character, and if she had been around, the fights would have been even more action-packed. She does reappear right when she’s needed the most, and I have high hopes that she and Nona will wreak some havoc in the next book in the series.
Tweet 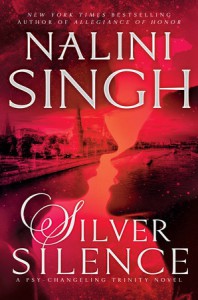 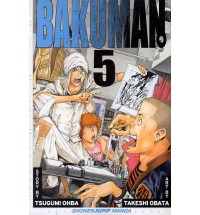 Oh noes! If they weren't under enough pressure, now the guys have to deal with a new editor on the eve of the debut of their new Jump series. Ugh! This guy seems a little flaky, and not as knowledgeable as Hattori (who I really, really liked!).

This was a solid entry into the series. Moritaka and Akito are learning that getting their own weekly series isn't a piece of cake. There is the pressure of deadlines, editor meetings, finding assistants, and staying in the top of the rankings, all while trying to attend high school! I was not committed to Bakuman at first, but I like it now. 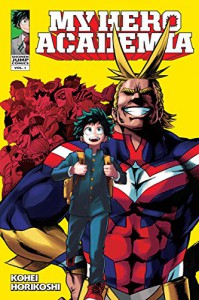 Like Black Clover, the hero of My Hero Academia has no natural superpowers, or quirk, as they are called here. Izuku still desperately wants to be a hero, and despite his lack of a quirk, he is going to make his dream come true. Too bad he is timid, afraid of confrontations, and not really hero material. That is, until he sees someone who needs saving, and his courage kicks into overdrive.

I'm kind of meh on this right now, but maybe once I get to know the characters better, I'll feel more invested in the series. It was a pleasant read, but nothing about it said WOW to me.

I thought this was bit of a letdown. Aliens have parked a giant spaceship over Japan, and three years later, life goes on. Thousands died on 8/31, and Kadode is struggling to find meaning to her life. Her father disappeared during the first wave of the alien assault, her mother is an emotional and mental wreck, and the future doesn't have much meaning. Kadode and her friends hang out, play video games, and try to pretend that a big black cloud of doom isn't hanging over their heads.

While the art is very detailed, I thought some of the characters looked downright weird. I pity Inio Asano's assistants, because the backgrounds are jam-packed with detail, and every panel is full of illustration, screentone, and, to me, noise. The panels looked cluttered and felt claustrophobic.

The story didn't engage me, and I kept waiting for something to happen. I usually enjoy character driven stories, but for whatever reason, I did not find this compelling. 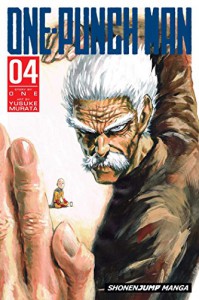 I was so ho-hum on One-Punch Man at first, but it quickly won me over. It's fun, it's fast, and it's brainless. The art is great. There is finally a storyline. I'm glad the library has these to borrow!

Pleasant but unremarkable high school fantasy featuring 4 cuties who are ayakashi. Komugi, the new girl in town, discovers their secret, and they discover, much to their dismay, that their powers of hypnotism don't work on her (why not? who the heck knows). Now they have to trust that she'll keep their secret. at only four volumes, I will probably complete the series.

The Wall of Winnipeg and Me 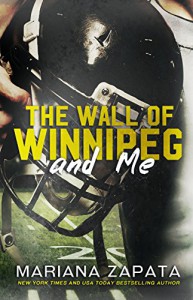 Fun read, felt a little too long, but overall, I enjoyed this a lot. Looking forward to more from this author.
Tweet

Loved the art and found the story compelling, but not thrilled how the volume left me hanging. With no V2 in sight, I'm not sure I would recommend this...

I am not thrilled with Futami. Not a fan of love triangles, not a fan of the forced conflict 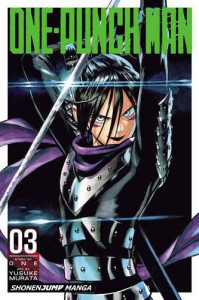 Okay, I must finally be embracing the utter ridiculousness of this series. V 3 was a fun read, with a clueless protagonist, lots of monster battles, and engaging art.

Enjoyed everything about this volume except Kagami's American coach and Riko's cooking. That joke is beyond old. 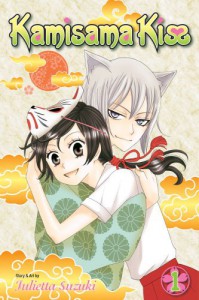 How the Cowboy Was Won

This is not holding my attention. The conflict is not compelling, and in fact is pretty non-existent. And I was promised a cowboy. Ranger is an astronomer, which is cool, but I wasn't in the mood for an absent minded professor.
Tweet 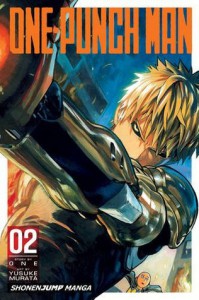 Meh. The fights are fun, but there is no depth. The some of the humor is just gross, but the art is visually exciting. On the fence with this series.